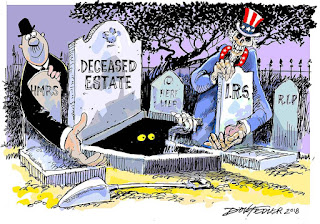 Politicians have promised to get rid of what has become known as the “Death Tax” since Ronald Reagan was president. President Trump wanted to get rid of it, but the Democrat majority prevented it, because Democrats who are Marxists (socialists) target the wealthy to make up for others who pay less than what is fair counting what they get back as refund at beginning of the tax year. Meanwhile, the Democratic-Socialists and those who blindly follow say that the wealthy do not pay their “fair share”. That is a false narrative and if they wanted a “fair share” tax, Congress would end the income tax (repeal the 16th Amendment) and replace it with a flat consumption tax under the Fair Tax Act (H.R. 25 that has continually been shelved since 2000) that would not affect our income.
Read more »
By Keith A. Lehman at October 05, 2021 No comments:

AFTER ACTION REPORT: Secretary of Defense & General Milley Must Resign

Biden is not going to fire them, so General Mark Milley and Secretary of Defense Lloyd Austin MUST resign. Ninety retired officers are demanding it.

Email ThisBlogThis!Share to TwitterShare to FacebookShare to Pinterest
Labels: Afghanistan, Current Events, In the News, POTUS 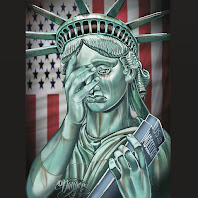 There is something wrong with out justice system when such things are not addressed to proper courts and especially the US Supreme Court (SCOTUS), who previously refused to hear any cases pertaining to alleged 2020 election fraud.

Unprecedented, this matter is a conundrum for those who believe that Trump should be in the White House and NOT Biden. Just for the Afghanistan debacle, Biden should be impeached at the very least. Poor planning has caused loss of equipment and armament to the Taliban and stranded Americans and Afghan allies despite having months to coordinate an orderly pullout. The rule is - if equipment, data, and armament cannot be removed, it must be destroyed to prevent its use by enemies of the United States.

Should there be a recall, like what happens to state governors?

Should there be a special election called? And if so, should SCOTUS be the one who rules it? 15 million ballots is a lot and certainly would have been a different outcome.

Email ThisBlogThis!Share to TwitterShare to FacebookShare to Pinterest
Labels: Current Events, Elections, In the News

Angela Tramonte, 31, from Saragus, Massachusetts was found dead four hours after a search was commenced on Camelback Mountain, Arizona her body located Echo Canyon Trail near a home. Authorities believe the woman collapsed while seeking help for heat exhaustion and dehydration.

Email ThisBlogThis!Share to TwitterShare to FacebookShare to Pinterest
Labels: Current Events, In the News 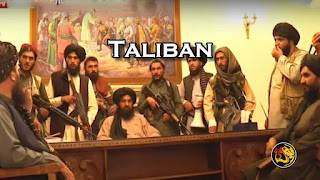 There has been plenty of coverage of Biden’s Afghanistan debacle, but there is more to the story than his historic incompetence. Abandoning bases and just holding out at Kabul Airport was a major disaster, which helped the Afghan army’s departure before the marauding Taliban forces arrived.

But Afghanistan errors goes back farther than that in the resurgence of Jihadism whose doctrine is 1400 years old. U.S. and European leadership’s policies has been delusional at best in dealing with the theocratic threat. Indeed, the Roman Catholic Church has proven historically that theocracy is bad government - for any nation and its people. It is why the Founders inserted in the First Amendment of the Bill of Rights the insistence that government should not claim or dictate to any religion as the policy of the state.